The Executive committee meet regularly at St. Andrews Orthodox Valiapally, Secunderabad
under the leadership of the Vice President, Rev. Fr. Lijo Joseph to discuss the various activities
and to strengthen the youngsters spiritually. Following were the activities organized during the
year
FELICITATION OF FORMER VICE PRESIDENT
Rev. Fr. Dr. Mathews M Daniel, was the Vice President for OCYM & MGOCSM Hyderabad
Region for close to four years. He had been very instrumental in getting the youth along
organizing various activities, conferences, camps and sports meet. Achen’s small sessions and
Kochamma’s delicious snacks at every executive meetings were never forgotten. Achen was
felicitated and thanked for all the support and contributions to the youth all these years.

ONE DAY CONFERENCES
Two one day conferences were held during the year and majority of the youth participated in the
conferences organized at two of the parishes in the twin cities. Following were the speakers who
had facilitated sessions on various themes in the conferences in the region.
Mrs. Mary Alexander and Dr. Sarah Gigi were the speakers for the conference held on 17th
April, at St. Andrews Orthodox Valiapally, Secunderabad. The theme for the conference was
“When God Ran” taken from St. Luke 15:20. A total of 64 members had attended on that day.
The next conference was held on 31st July, at St. George Orthodox Church, Jeedimetla and the
theme was “Divergent” from the book of Ephesians 5:15-20. The speaker for the day was Dn.
Basil Kuriakose from the Mumbai Diocese. A total of 76 members had attended on that day.

PADAYATRA
Members from all units actively took part in the Padayatra organized by all the Hyderabad
Orthodox Churches on the occasion of the feast of St. Gregorios of Parumala on the 5th of
November, 2016. The Padayatra started from St. Mary’s Orthodox Church and culminated at St.
Gregorios Orthodox Church.
DIASPORA YOUTH MEETING
The Nagpur St. Thomas Theological Seminary organized a conference to groom a few young
leaders in the Orthodox Christian faith by organizing a 3 day Conference for them in the
Seminary. This event was held on Jan 27th to 29th 2017 at Nagpur. Five youth from the various
Hyderabad parishes attended this conference.
VISITS
On the 6th of April, 2016 Rev. Fr. Philip Kurvilla had visited Hyderabad and had addressed the
youngsters on the importance of our faith and practices followed in our church. Achen had also
mentioned about COLT and the life changing experiences from the camp.
th th On the 6 of August 2016 and on 11 of March 2017 H. G Dr. Abraham Mar Seraphim had
visited Hyderabad and addressed the significance of Orthodoxy Life and the importance of
Lent and its relevance to our daily life.

St. Stephen’s Orthodox Church, Vishakhapatnam led by its parish Vicar Rev. Fr. Cyril
Varghese and its OCYM & MGOCM secretary Mr. Kevin G. Abraham, conducted various
events at the parish level.
The youth members actively participated in the blood donation camp, harvest festival and
Christmas carol. They spearheaded a beatification drive and new plants and flower pots have been
placed around the church. The youth raised an amount of Rs. 15,000/- towards this beautification.
The youth is instrumental in linking the people of the church and takes an active role in
organizing, serving and raising funds for tea and refreshments after the Sunday Holy Qurbana
every week.
The newsletter published by the church is the result of the effort put in by the youth league.
Articles, Parish News, Memorials and Advertisements are all incorporated into the newsletters
which are collected by the youth.
They actively participated in the events organized by the other spiritual organizations of the
church, visiting old age homes and orphanages. 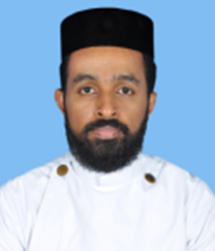