It is the student wing of the Malankara Orthodox Syrian Church. The students and senior leaders of our church who were residing in Madras (Chennai) in the early part of this century, felt the need for an organisation to bring together our students in various colleges and high schools with a view to deepen their spiritual life and to create in them a livelier sense of fellowship. To achieve this, they founded the Syrian Student Conference in 1907 and the first conference was organised on the 1st of January 1908 at Tiruvalla, Kerala, India. Annual conferences have been a regular feature since that year. The Syrian student conference, the parent organisation, assumed its present name MGOCSM

Looking back, we see the seeds of the Youth Movement planted by the visionary leaders of the church during the latter half of the nineteenth century. A spiritual organisation with the name Yuvajana Sangam was working effectively in various places and parishes along with other organisations like Sunday school, Suvishesha Sangam etc. They helped a lot to anchor the mother church safely in the storm created by the renewal group. 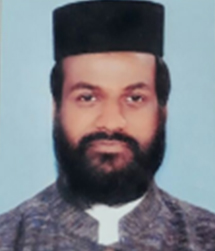