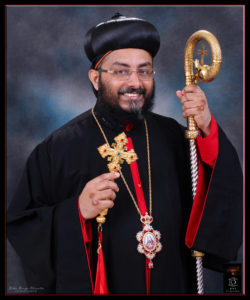 He is elected as the Metropolitan candidate on 17th February at the Malankara Association held at Sasthamkotta. He is consecrated as Metropolitan on 12th May 2010 at Mar Elia Cathedral, Kottayam.His Grace is serving the Banglore Diocese as its Metropolitan.