Given below are the list of events that were conducted by the OCYM & MGOCSM Bangalore
unit.
FRESHER’S DAY – 2016
Breaking the ice among the new members in the various unit is always a challenge. Fresher’s day is
an initiative to bring new members to the forefront. This year, it was planned to conduct the fresher’s
day at the Bangalore Diocese Aramana on 26th June. Every parish had their respective fresher’s
attending this program in welcoming new members to the youth forum. For the first time we had
a record of more than 110 fresher’s attending this program. The Music Ministry choir also sang
during the day and made the sessions very lively.
JEUNESSE – 2016 (YOUTH CULTURAL FEST)
st The Annual Cultural festival of the youth movement of Bangalore region was held on 31 July at
St. George Pilgrim Center, Indiranagar. Our beloved Metropolitan H.G. Dr. Abraham Mar
Seraphim inaugurated the fest in the morning. All the youth secretaries on behalf of the
participants took oath so as to ensure true spirit of the events. This is a cultural program
conducted every year, helping our youth to bring out their talents. We had a huge gathering of
350+ youth attending this event. For the first time we had a record of 13 events conducted. The
day long program had the following events;
Solo Singing (Male), Solo Singing (female), Quiz, Behind the Scenes, Pot Pourri, JAM, Skit,
Poetry, Sketching, Photography, Coking without Fire, Mystery X and Treasure Hunt.
This year the winners for the annual ever-rolling trophy was St. Baselious Orthodox Church,
Marathahalli. Mrs. Kunjaamma Daniel ever rolling trophy for Quiz champions was awarded to
the winners, St. Baselious Orthodox Church, Marathahalli.
The St. George Pilgrim Center, Indiranagar OCYM & MGOCSM coordinated and planned in
advance, to have such a smooth execution of the event. We take this opportunity to thank the
Vicar Very Rev. P.C. Philip Cor-episcopa along with the managing committee, and parish
members of St. George Pilgrim Center, Indiranagar, for their active presence and support for
this event.

ANNUAL CONFERENCE – 2016
st The annual one day conference was held on 21 August at Mar Gregorios Orthodox Church,
Hebbal,. We had two eminent speakers for this event, Rev. Fr. Thomas Varghese and Mr.
Ashwin Mathew. The theme for the conference was “Rising tide of extremism and radicalization
across religions in the modern world”. A record number of 175+ youth attended this conference.
The music ministry led the singing sessions and it was very widely appreciated. The conference
was hosted by the Youth movement of Mar Gregorios Orthodox Church, Hebbal. We thank
them for the efficient planning, coordination and the sumptuous food for the conference. We are
grateful to their Vicar Rev. Fr. Santhosh Samuel, managing committee and the parish members
for participating and supporting this event.
ZAMAR – 2016
The Bangalore Diocese is proud to present the first of its kind a musical concert for the youth in
the history of Bangalore Orthodox Church and also in the Indian Christian devotional genre to
present an unparalleled experience with a 15 member Philharmonic orchestra and 90+ chamber
voices to herald the birth of our Lord Jesus Christ. Every year it has been a inter parish choir
competition, this year we decided on having a unique, the first of its kind musical concert sung by
our youth across all the parishes in Bangalore. This is one of the biggest event we ever had so far.
This event was jointly hosted by the OCYM & MGOCSM of St. Gregorios Orthodox Cathedral,
Hosur Road and the Bangalore Diocese OCYM & MGOCSM.
rd The event was held on 3 December at the Good Shepherd Auditorium, Bangalore. Our beloved
Thirumeni H. G. Dr. Abraham Mar Seraphim blessed and presided over the event. The Chief
Guest of the event was Malayalam Movie Star Mr. Tini Tom, who enthralled the huge 850+
crowd who had gathered for this event with his humor and thought provoking talk.
The choir sang a mesmerizing 12 songs both in English & Malayalam along with a skit played by
the members of the Sunday School of St. Gregorios Orthodox Cathedral, Hosur Road.
The choir members from all the parishes assembled together for 3 months prior to the event to
practice religiously every weekends along with the renowned music conductor Mr. Jacob
Thomas. We like to thank the dedication of the music choir, the conductor and the orchestra
team for their dedication and support.

I would like to thank all the OCYM & MGOCSM youth members of the St. Gregorios Orthodox
Cathedral, Hosur Road, Sunday School, the managing committee, and their parish members along with
the able leadership and support of their Vicar, Rev. Fr. Koshy Thomas, Asst. Vicar Rev. Fr. Jacob Thomas
and the Youth Secretary Mr. Reuben Jacob for their invaluable support, without which this event would
not have been a huge success. The event was co-hosted, coordinated and supported by the Diocese central
team lead by Rev. Fr. Santhosh Samuel and Mr. Libin Varghese, and not to mention the able
leadership of our beloved Metropolitan H.G. Dr. Abraham Mar Seraphim.
MELTHO – 2017
Like in the previous years, members of the youth movement across all the Bangalore parishes
assisted the food committee in arranging and serving food during the Annual Meltho
th th Convention held at Campus Crusade Auditorium held on 10 to 12 February 2017. We would
also like to thank many of our youth who took part in the choir for this event too.
LENTEN RETREAT – 2017
th The annual youth retreat was held at St. Baselios Orthodox Church, Marathahalli on 26 March
2016. The retreat started after the Holy Qurbana by our keynote speaker Rev. Fr. Abraham
Thomas. This was a full day program. The theme of the retreat was “Do You Still Not Perceive” –
St. Mathew 16:9”. The Music Ministry choir sang during the day and made the sessions very
lively.
We expresses our gratitude to their Vicar Rev. Fr. Moncy P. Chacko, the youth movement of
St. Baselios Orthodox Church, Marathahalli, the parish managing committee and the parish
members for participating and supporting this event.

MYSORE UNIT
St. Gregorios Orthodox Church, Mysore led by its parish Vicar Rev. Fr. Saji Daniel and its
OCYM & MGOCM secretary Mr. Thejas Abraham, conducted various events at the parish level.
The Mysore parish hosted this year’s Diocese Clergy Conference on July 19th and the Annual
general body of the Bangalore Diocese on 20th July. The youth members played a key role in
successfully organizing the same in correspondence with the church managing committee.
An evening retreat was conducted on 12th October 2016, under the leadership of Dn. Tinumon
from STOTS, Nagpur. The theme of the retreat was “The Power of a Smile”. Several students
attended the same and gave a positive feedback on the retreat.
As it is customary, the youth played a major role in the feast of Parumala Thirumeni, the patron
saint of their church by helping out with the convention and harvest festival in the first week of
November. The youth members also actively participated and helped to organize the Christmas
Carol program conducted on 21st December. They also decorated the church beautifully to
welcome the nativity of our Lord. 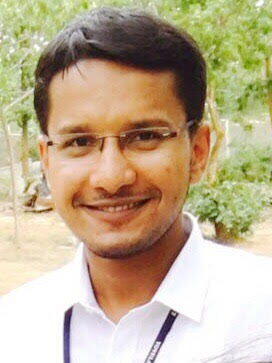